The tourism industry domain reported the results of 2017. During the previous year, over 35.4 million tourists visited the country which is a record for Thailand. The amount of visitors to this state has increased by 8.8% since 2016.

Most tourists (nearly a third of all) were from China. 10 million Chinese people bought tours to Thailand which is 13% more compared to the previous year.

The second place in the TOP10 is firmly held by Malaysia. This country sent roughly 3.3. million citizens.

South Korea arrived at the finish third. 1.7 million Koreans decided to spend their vacations in Thailand.

Over a million people from the USA also visited the kingdom in 2017. Roughly the same amount people from Singapore and Great Britain also decided to visit this amazing country.

Notably, Chinese people alone spent over 17 billion to entertain themselves during vacation. For Thai economy this is a great sign since the share of Tourism in overall national income is close to 10%. Over 6 million Thais work in this domain.

Such popularity of Thailand as a result of the very successful implementation of the “Tourism 4.0” program which is the main strategy of the government in regards to tourism. The program has several key goals: to increase and diversify tourism products, create better conditions for year-round tourism, expand the number of usable transport routes and excursions, and organize better festivals that could interest visitors of the country. 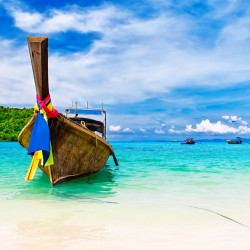 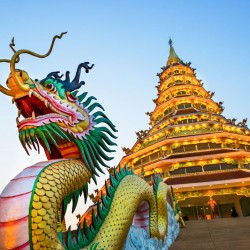 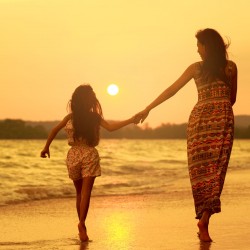 The whole domain is financed by the government. The development of national parks alone cost $190 thousand in 2017. Thailand created a perfect environment to welcome foreign visitors. Every year, new touristic facilities and comfortable hotels with Europe grade service are built.

The government tries to make the industry more attractive for foreign investors. The transport infrastructure was heavily modernized. As a result, the system of rail, air, water, and land transport works perfectly.

Another important factor is the cancelation of the “red flag” – a status given to a country by the International civil aviation organization if the level of safety is not up to par with modern standards. When the status was removed, the Don Mueang international airport had to add a couple of new flights to account for demands from several airlines.

Issues and Difficulties of Tourism Development

Despite the best efforts from the government, problems with clean water still bother visitors of the country. There is simply not enough of water.

Some complaint about thefts of valuables. Law enforcement is not overly effective.

Awards for the Best

In order to incentivize all participants of the market to develop, all small and medium-sized businesses compete for awards from the government – annual Thailand Tourism Awards.

There were several nominations in 2017:

The recipients of the award are companies that received high praise from clients. The competition is created in order to incentivize better quality of service and steady improvement of Thailand’s positions in the global tourism market.

We are at Social Media: